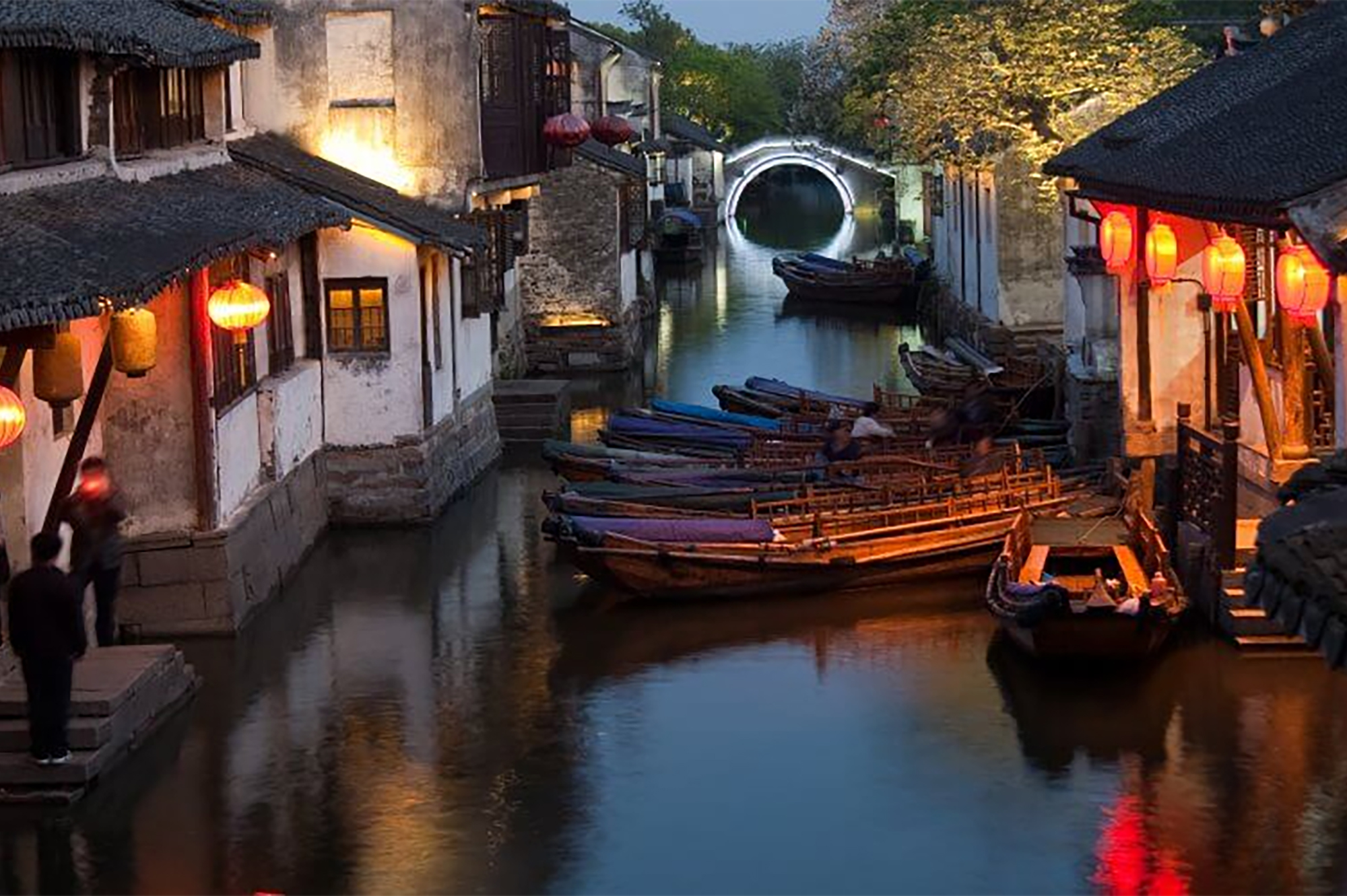 Zhouzhuang is a town famous for its canals in Jiangsu province, China. It is located within the administrative area of Kunshan, 30 km southeast of the city centre of Suzhou. Zhouzhuang is a popular tourist destination, classified as a C- scenic area by the China National Tourism Administration. It is one of the most famous water townships in China, noted for its profound cultural background, the well preserved ancient residential houses and the elegant watery views. It has also been called the "Venice of the East"

In the Spring and Autumn period (770 BC-476 BC), Zhouzhuang Suzhou was a part of the fief Yaocheng and called Zhenfengli. After being donated to Full Fortune (Quanfu) Temple by Zhou Digong, a very devout Buddhist, in 1086 during the Northern Song Dynasty (960-1127), Zhouzhuang got its present name.